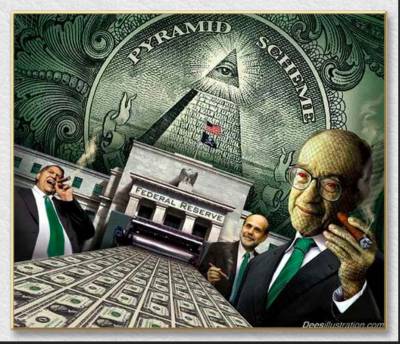 Will you continue giving these guys power over you?  Or will you seek Private Asset Management and alternative financial providers?

If you who work hard, own anything, are an entrepreneur or business owner and are trying to build a future for your family,  you are currently at risk of being plundered and losing all or a great part of the fruits of your labor.  You’re in deep trouble whether you know it or not and had better pay close attention.

…when bankrupt governments are seizing the personal assets of it’s citizens at a frenzied pace, with no justifiable or legitimate cause other than those they can ‘invent’,

…when globalist policies want to take more of your money using poorly disguised excuses such as ‘carbon taxes’, ‘global U.N. taxes’ on your phone bill or other nefarious attempts at distraint,

…when fake liens and illegal garnishments and seizures routinely take place without due process,

…when the laws are being modified to make your bank deposits the private property of the banksters relegating you the depositor to the status of a mere ‘unsecured creditor’, and

…when bank executives place high risk bets with your money in the derivatives markets (which are poised to collapse) and overextend their reserves and liquidity ratios to dangerously precarious levels which threaten the very existence of the bank, and

…when it is widely known that some of the biggest banks are known money launderers for the drug cartels, and

…when it is also widely known that the FDIC could only handle a small fraction of a percent of accountholders in the event of crisis, and

…when the banks operate with reckless abandon knowing they are ‘too big to fail’ and any mistakes, losses and/or financial disasters which they cause will be paid for by the taxpayers anyway, and

…when lies, theft and criminal corruption become standard operating procedure because no bankers have ever been held accountable or gone to jail despite criminal convictions of fraud and abuse of their clients…then...

… you know you’re entire financial life, financial future and everything you’ve ever worked for is in ‘Deep Do-Do’!

When it is common street knowledge that the biggest liars, thieves and crooks are the bankers and their government co-conspirators who back them up, you know it’s time to start dis-associating yourself from that mob and find ways to protect and preserve your financial arrangements and everything you’ve worked for.

With that in mind…. let’s dream a little bit about what a perfect solution might look like.

….dealing in non-fiat currencies which are not debt instruments of depreciating value and instead deal only in assets which are appreciating or holding their value,

…such assets are not controlled or tracked by any central bankers or governments yet are still universally accepted and used for trade purposes globally.

…dealing in these currencies and assets which means they are typically not reportable nor subject to seizure or garnishment.

…having a series of trusts established to completely avoid probate and create an inheritance for your family which lawyers cannot touch or rob in probate!

…using the same trusts for business succession planning so there would never be any transfers required in the event of your demise and thus, never any ‘taxable event’ would occur.

…having assets held what could be a multi-national portfolio of holdings of assets, out of reach of the robber barons in local jurisdictions.

…being able to manage various fiat cash accounts, crypto currencies, precious metals and private business funds all from a single online account management platform which is more robust and secure than many if not most common internet banking programs.

…having a transparent and effective system of accountability and a verified audit trail including several layers of checks and balances with legal recourse for maximum integrity and security.

…having a completely anonymous ‘numbered’ account with a VISA debit card to use as a pass through and access to cash and monthly bill paying.

…being able to order an armored car to pick up cash deposits in almost any amount almost anywhere in the civilized world and credited to your international numbered account.

…having the flexibility to avail yourself of a financial network of over 400 specialized financial entities around the world which are a part of a service network at your disposal.

That would be a good  ‘dream’ wouldn’t it?

Except that it’s real and it’s coming very soon.

It’s not available to the public but only to members of the Lighthouse Law Club.

Once you are a Constitutional Commando member full details will emerge upon request.  This is highly private business.