The Gift of a Little Extra Time... 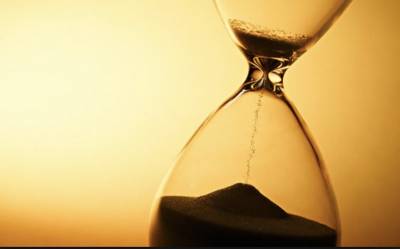 If you are fully aware of what's going on in the world and well informed, then you understand well that President Trump's election was nothing short of a miracle and clear evidence that the hand of God is working to move HIS plan forward.  You might dispute that because of your own personal ideology but the irrefutable fact remains regardless.

If you have not yet come to that conclusion for whatever reason, then let me help you catch up and get up to speed.

First, you must understand the Trump Prophesies.

Next, you must understand The Plan to 'Drain the Swamp'

Then, you must understand what we'd be dealing with had Hillary been elected.

And I (or you) could write volumes on these subjects alone but let these references serve as support and as a short introduction to my point today which is imperative that you understand and take action on.

My point today is that should Hillary have been elected, the entire world would be racing towards and experiencing the seven seals being opened as clearly explained and outlined in the Book of Revelations of the Christian Bible.

But, by the direct intervention of the hand of the one and only almighty God and by his mercy and grace, he is using Trump to give us some 'extra time' to get our affairs in order before total tyranny and destruction come upon us.  He is giving us this time BECAUSE WE NEED IT!  He loves us so dearly and his heart aches for all the souls which will be lost for their love of the world over their love for HIM. HE is giving us one final chance to be with HIM in Light and Love and not be lost forever to darkness and eternal torture.

Think about it.  Seriously,  Do you think one man alone could successfully beat the satanic global system which controls;

President Eisenhower warned us of this very threat in his final speech to the public as president.  But no president has ever been able to do anything about it since.  And the menace has only grown in power and influence since then.  A true story of Jimmy Carter was told in Pat Robertson's book THE NEW WORLD ORDER in which newly elected president Carter had a hand-picked team working overtime and very diligently to painstakingly create a list of qualified candidates for key cabinet positions.  They spared no effort and sacrificed a great deal to make the list of candidates the best possible.

Being given 'the news'  from above and realizing the incredible and painstaking sacrifice made by his team, Carter called a meeting and, with tears in his eyes basically informed his team, to paraphrase, "I cannot accept your list of candidates because this list has already been decided.  I have no voice in the matter!"

So in this context, do you think that one man, a political outsider is doing this somehow because he's brilliant?  Brilliant or not, 'No friggen way!"  There have already been at least a dozen or more assassination attempts on Trump and all have failed.  Coincidence? Trump is a tool being used in God's plan and I think we can clearly establish that fact without debate.

So now with the red tidal wave coming upon us in November, Kavanaugh being confirmed to the US Supreme Court and military tribunals for the evil ones right around the corner, let's ask this question of ourselves....

.... is God helping Trump?  Or is he helping us?   I would propose that 'we' are the direct beneficiaries of these divinely directed political events.

Had God's plan not been in effect, we'd already be victims of intense tyranny, loss of first amendment, fifth amendment and many other rights, total censorship of internet (which is already significant but not total)  and I feel that we'd be seeing contrived disasters herding people to the 'adult education' camps (FEMA death camps) Hillary was so in love with.

So let's get to the point.  What does this mean for you?

All of this amounts to a gift from God.  God has granted you some 'extra' time which was not originally planned for.  He is answering our prayers. He has given us this 'extra time' to get our acts together, to learn to follow HIM, to seek HIM, to develop a close personal relationship with HIM and to rely on HIM as our sole provider for everything we need.  That's not to say that we won't endure hardships. We will.  We are all brought low so that we can see that 'we' are not as great as we think we are.  Our solutions of this world will not get us the ultimate victory.

Forget about political solutions.  Political solutions are 'man-made solutions' and we've clearly demonstrated that we're not capable of doing much good there unless you can do it on a local level and even then, without God as your guide you'll fail.  You're completely wasting your time with Jural societies, constitutional education, getting international recognition for your new country or other efforts thinking that by aligning yourself with some group you'll be immune.

There is only one solution and I can guarantee you, it's nothing you or I or anybody else will come up with.

We need God in our lives in order to stay in the light and out of the darkness and we can see darkness everywhere now.  Pure Gold is only derived by putting the dross in an intense fire.  We can expect to be put under intense fire.  And when we stay true and faithful, the result is pure gold.

Now what is mentioned above is 'the priority'.

Secondarily, in dealing with worldly matters we must use this time to prepare ourselves spiritually, as per the above, and on worldly matters as well.  We know the plan of the predator.  We know, that to avoid the plagues which are coming upon Babylon, we must leave Babylon!  There are many detailed and accurate analyses explaining how the corporate, deep state, central banker-controlled America is the whore of Babylon and the whole world is 'drunk' on her wine...(Lucre).

In view of what we see happening with God's plan and Trump,

In view of what we see being discussed by economists everywhere,

In view of what we see being discussed by market analysts all over on YouTube, and

In view of what we see in the global geopolitical and economic shifts already well underway...

.... only a fool would continue doing business as 'usual' thinking that everything 'is fine'.

It is in this light that those involved in the Lighthouse Law Club and the Monaco Management Group have been diligently working overtime to create 'an alternative financial management system' which would if nothing else, help those who are taking advantage of it to 'buy more time' for themselves and their families when the world starts crumbling around them, which it is already doing.

However, most people are lazy and they waste the gift of time that they have been given and they wait until they have a problem before they come looking for help.  Often, it's then too late to fix.

I bring to mind the Parable of the Talents which tells of how God blesses the worker who uses his blessings and applies them in the most productive way possible.

I fear for the so-called Christians who have been paralyzed into passive inaction and effectively 'neutered' and placed on 'the bench' as they wait for their Rapture ticket to be punched.  So you do nothing with the gift of time which you've been given and if you're wrong?  Or if you're not 'on the list' to be taken like you thought?  Whoops!  See the Parable of the Talents again.

I'll give you my view of what we should be doing with this gift of time that we've been granted.  See if it's worthy of being incorporated into your plan or not.  You may disagree.