The World Could Become Venezuela - Are you Ready? 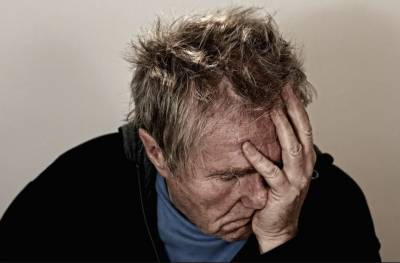 I have some good news for you, but first the bad news.

It comes from various trusted sources.

... AND it’s from a global watchdog group monitoring the world situation.

So what are they all saying?

First, a bit about Turkey and the crash of the lira...

Hmm... that doesn’t sound so great.

But I’ve promised good news, too, so what about a word from the editorial board of the NY Times:

“... the market appears to be more overvalued now than it was before the crisis [2008 recession]
according to Robert Shiller, the Yale economist who won a Nobel Prize for his work on bubbles
in the stock and real estate markets.”

Ooops, no optimism from that, either.

Well then, how about an individual investor who is worth billions?

In a speech earlier this year, George Soros said that...

“... Rising anti-European Union sentiment, the disruption to the Iran deal, a soaring dollar
and investors taking money out of emerging markets are adding up to bad news for the
global economy. We may be heading for another major financial crisis.”

Ummm... how much is the global economy going to affect me?  My job?  My employer?  My industry?  My region? My currency? Let me think about that.

But what about the good news I mentioned?

Let’s think about it for a minute.

As individuals or small businesses, we’re more nimble, more responsive and creative and can adapt faster than big corporations, agencies, or organizations that need input and approvals, studies and analysis from a dozen sources before they can make the slightest move.

In a way, the effects of the global economy are much like the British army was in the American revolutionary war when they’d advance in columns and in formation to the beat of the drums making themselves easy targets for the patriots who were scurrying about behind the rocks and trees picking off the British soldiers one at a time.

The Patriots were nimble, flexible and could react on-the-fly.  They could see the British coming and position themselves so they weren’t easy targets and had good cover to survive the advance and counterpunch.

And that’s exactly what survivors of the coming economic storms will be doing, thinking out of the box and coming up with their own ‘Rules of Engagement’

So if all hell breaks loose on the world's stage, YOU can still be sitting pretty.

There are ALWAYS people who make a killing in the worst economic situations.

I’m not talking about taking advantage of people who are in trouble.

No, I mean being properly positioned so that they are largely unaffected by the winds of ill economic tides and with a little bit of foresight, can be in a position to profit nicely.

That’s why I created the Global Entrepreneur membership in the Lighthouse Law Club which adheres to the following principles;

No matter what’s going on in the world, YOU control your own destiny and can never be stripped of your family’s inheritance by the ‘wanna-be’ controllers of this world.

As a smart, in-tune individual or small business, you’re NOT at the mercy of forces that devour ordinary people… and even ordinary entrepreneurs.

The signs, the signals, the bells, the whistles are going off everywhere…GET OUT OF FIAT CURRENCIES!

Whatever you do or don’t do, be sure to watch this video interview by  Greg Hunter entitled THE WORLD IS VENEZUELA!

This will give you pause to consider what I’m saying.

Then take a hard look at what’s available to you in the Global Entrepreneur business package which should be looked at as a lifeboat to carry you through the coming storm.

Peace and blessings to you and yours!