When the SHTF - Are you truly prepared?

How to Survive the Days Ahead 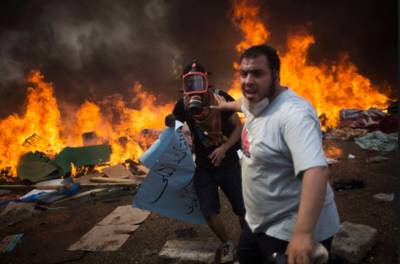 The signs are all around us; chemtrails, newborns being required to get 26 vaccines, the rollout of the implantable chip, FEMA camps are now not only public knowledge but the core staffs are active and in place, weather modification and engineered disasters, poison in the food and water, political prisoners continue to be held despite ‘full acquittals’, the word ‘Jesus’ and ‘USA’ are now deemed ‘offensive’ and banned from public use, militarized police, SWAT teams over use conditioning us to accept this as something ‘normal’, ’Jade-Helm’ exercises going live and the list goes on, and on, and on.

Only an ignorant fool could be unaware of the signs of the times.

According to DHS documents, you are a ‘Domestic Terrorist’ if you fall into any of the following categories;

So if you land on a ‘target list’ then you can expect some of this: A Homeland Security office says it plans to review the privacy implications of using drones to monitor U.S. citizens.  That means law enforcement could monitor Americans in their backyards, cars, or at political gatherings in ways that would not have been possible before.  By the way, predator drones have facial recognition software, can be programmed to be fully autonomous, and can track your cell phone and intercept your emails. What will you fight back with if and when you are placed on the MIAC terrorist watch list and they come for you?

Sorry, but your internet browsing history, attendance at church and Facebook have already implicated you.  You're on 'the' list!

Surely you haven’t forgotten that the Obama administration purchased 2.2 billion rounds of ammunition along with 2700 armored personnel carriers, have you?   Normal citizens have  accidentally discovered uncountable hundreds of thousands, or more, multi-body coffins stacked high in various locations, all near FEMA camps.

“…Program 1033 has been running since the 1990s but was stopped two years ago by President Obama. Part of the program’s initial aim was for “use in drug enforcement by federal and state law enforcement.” As we well know, the “war on drugs” has been an abysmal failure.”

Two universities, Hinds Community College and University of Central Florida, in defiance of all that is sane and logical, obtained grenade launchers. A 2014 report states that 930 guns were provided in total to 87 different universities.

Let’s be clear.  A purge is coming and the goats will soon be separated from the sheep.

What can you do about it?

You can start living with these principles;

This is only a ‘starter list’ but all can be accomplished with your membership in the Lighthouse Law Club.

Your life could depend on it.  What’s that worth?