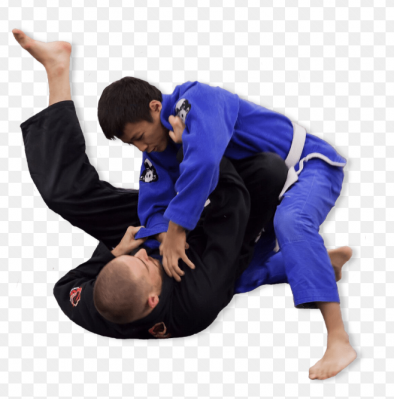 We talk a lot about ‘Coming Out of Babylon’, changing your legal status and walking away from the corrupt systems of control.  Today we’re going to flip the script and discuss how people who are entrenched in the system can use legal and financial Jiu Jitsu to shepherd resources from within the financial and legal infrastructure to enhance their own financial and personal independence.


Most of us understand very well how the banks use debt as a weapon to control and subjugate the majority of the population and entire nations for that matter.

Similarly, the U.S. Securities & Exchange Commission which regulates securities, investments, the financial markets, hedge funds, etc. has such an entangled  web of regulations that only the rich who can afford stables of attorneys can successfully navigate them to get richer.  The little people without large legal teams typically get caught in the web and the regs are used to put them in prison for daring to be successful.

It’s easy to understand what then presidential candidate Donald Trump meant when in one of the televised debates he pronounced what many of us already knew when he said that, ’the system is rigged’.

At this point it might be appropriate to remind ourselves of Einstein’s famous equation of: E = MC squared.   For every action, there is an equal and opposite reaction.

So now let’s explore the ‘reaction’ to the rigged system and how that might work for you or someone you know.


In the never ending quest for truth and practical solutions for escaping the chains that bind us, the Lighthouse Law Club has now established a relationship with a financial consultant who can help our members do some amazing things.

Have you ever heard of a ‘non-recourse loan’?  ‘Non-recourse’ meaning that if you take out the loan, there is no recourse against you to pay it back.    Don’t worry, yes, the loan does get paid back, but the repayment doesn’t come from you!

The concept is simple:  A majority of the loan proceeds go into an investment which generates enough of a gain to pay back the loan, leaving you with the surplus without any obligation
.

The elements to this system include the following;

One could easily argue that the system of credit scores used in a false monetary system is useful for keeping people down and out as much as it is to reward those who have good behavior with the bankers.  We will use it in our favor.

With debt being used as the modern day weapon of choice to conquer entire nations, the banking system will be used for our purposes to advance our cause.

While the morass of regulations is used to keep most players ‘out’ of the system, our consultant has successfully navigated this swamp and has properly established his own private hedge fund to serve our objectives.


The formula is simple.  Let’s use a generic example of an actual recent case for illustration purposes.


A successful professional with a good credit score of 800+ and a good provable income works through our consultant to obtain bank loans of $660,000.  By agreement with the consultant, the loan proceeds are invested into the registered private hedge fund which has a long and successful track record of earning substantial profits.


The consultant agrees to pay the client 1% of the total loan proceeds each and every month for a period of time.  In this case that was $6,600 USD extra monthly income for the client which he used to pay his childrens’ college education, and more.

The hedge fund earns enough in profits to pay off the bank loan(s) and there is no recourse to the client.

The same can be done with companies which have good credit and cash flow to qualify for the loans.


The amount of the loans obtained is entirely dependent on the credit and cash flow of the client as a matter of ‘qualification’.

The consultant can work with clients to improve their credit score and thus qualify for higher loan amounts but that takes some time.

Surely you can start to imagine the possibilities.

So what we’ve done here is use the very same system which oppresses so many people and we've used its own energy and impetus to turn the tables and be a portal to a higher level of independence which is directly opposed to the creators of the system.

Think of the causes and projects which could be funded using this strategy.

I should also mention that our consultant doesn’t charge any fees up front.  Zip.  Nada.  His benefit comes on the back end from what the hedge fund can do which should lend itself to a vote of confidence in the system.

If you don’t see yourself being in this position to qualify, perhaps you know someone who would qualify and you could negotiate a ‘win-win’ situation for yourself.  As a law club affiliate, you’d make nearly $500 just on the membership referral alone.

Qualified members of the Lighthouse Law Club are entitled to a free introduction.

Think of the possibilities.

I trust you will benefit in one way or another.